The Team vs Sale FC 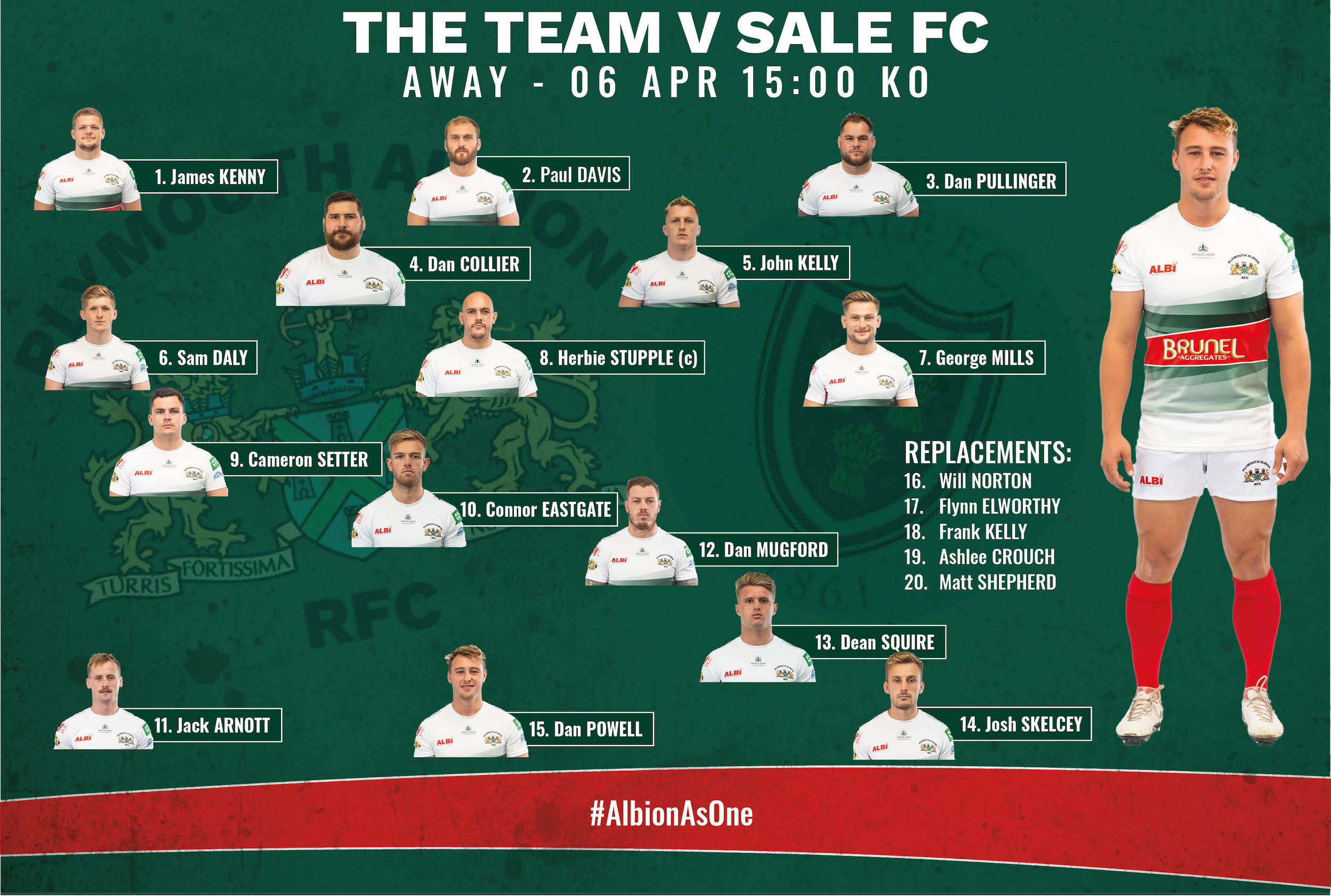 ALBION TRAVEL TO SALE FC FOR PENULTIMATE AWAY CLASH THIS WEEKEND.

Commenting on the game last weekend, Plymouth Albion’s head coach, Kieran Hallett believes his side were “much more clinical” in their 54-28 thrashing of Birmingham Moseley, bouncing back from their previous agonising loss against the side earlier on this season.

Hallett felt his side were sharper all round and did not miss many chances as they clocked up a staggering eight tries against the West Midlands side, saying; “With Birmingham Moseley fighting for the points, there was a lot of emotion on the pitch, but I felt the team dealt with it brilliantly.”

Hallett went on to say; “the past couple of seasons, we have shown some really great line speed, but so far this season it hadn’t quite come together, however, all that changed against Moseley and as a result we dominated the game.”

Looking ahead to this weekend’s game against Sale FC, what can we expect from Albion? According to Hallett, he believes if they can pick up where they left off against Birmingham Moseley, make sure they stay focused and come together as a team as they did in the last game, then we’ll be in for another great performance.

One area that Kieran believes made a real difference was defensive display, stating; “If we can score points from defence like we did last week, scoring 2 or 3 tries from interceptions, then we will certainly put the pressure on Sale.”

Sale FC sit 10 points and 5 places below Albion in the league and they’ve had some great recent performances, but with the league ‘bunched up’ and only 11 points between them and the relegation zone, they will be looking for the win to ensure they secure their place in National League One next season.

Commenting on Sale FC, Hallett said; “They are in a great run of form recently, but they haven’t quite pulled away yet, so we are under no illusion, they will want the win.”

Turning his attention to Albion, Hallett said; “The boys are really enjoying their rugby at the moment, it has been tough for them but they are really starting to understand what each other is doing. So, you expect to see them keep the intensity throughout the whole game and pushing for a second good win on the bounce.”

There are some changes to the squad this week, so the team line up is:

Kick Off for the Sale FC game is 3pm Saturday 6th April.