John F Kennedy spoke in a famous address about the difficulty of taking the USA to the moon. He stated that making the journey to outer space, along with other scientific endeavours, were choices his administration were undertaking “not because they are easy, but because they are hard. Because that goal will serve to organise and measure the best of our energies and skills, because that challenge is one that we are willing to accept, one we are unwilling to postpone, and one which we intend to win, and the others, too.”

After the result on Saturday at Heywood Road, Plymouth Albion face their own challenge to reach the stars. The independent observer can certainly see improvements week on week to the Ocean City side, but they are yet to register a win. The challenge facing the team is certainly hard but not one that is insurmountable.

Indeed, having wrestled back to a winning position midway through the second half, the Albion coaches will need to re-energise themselves and the team after watching things slip from their grasp in the final 10 minutes. Coach Damian Welch was certainly remaining upbeat after a chat with his opposing coach Neil Briggs.

“I spoke to Briggsy after the game and he described how they had been preparing for a big start all week. We had a game plan to win but, conceding early scores, we went off that plan and left ourselves a mountain to climb.” He added “We were well placed to win at 26-27 up but, as we take a step forward, we take one back! It’s frustrating for us all but I can certainly see improvements across the squad.”

Sale certainly started the game well when Stone Priestly-Nagle was the first to react to a charge down, just three minutes in registering the first try. Albion replied ten minutes later when a strong run from Jeremy To’a opened the Sale defence up while his offload freed Alex Ducker to score. Tom Putt added the extras.

With the Albion scrum in the ascendancy, the new look back row of Slater, Stupple and Temberley impressed but sadly the lineout and restart receipts continued to stutter. Indeed, it was from a badly received restart that Sale retook the lead. They scored twice more on the back of some loose Albion play (and some fine opportunism) to take a 27-10 lead into the half.

Whatever was said during the break had a real effect on the Albion team as the second half was a different story. Starting with real intent, Albion scored, scored and scored again to take a four-try bonus point for the first time this season and the narrowest one-point lead. Sadly, that effort seemed to diminish the team and quickfire injuries to Frankie Nowell and Shea Cornish left the squad looking light.

A sin-bin to Ducker further exacerbated the challenge and allowed Sale to score a well-worked try in the sixty-second minute to edge into a 31-21 lead. In the final minute, Sale scored their sixth try to secure the game and take the losing bonus point which Albion were certainly deserving from their second-half effort alone.

Following aggregate losses in their second halves this season, this was the first positive second forty and evidences the frustrations for all at Brickfields. A complete eighty-minute performance has yet to arrive but, one feels that the team isn’t far off. Indeed, there is no doubting the credentials of the coaches, nor the ability of the players, but getting the mix right is still proving somewhat elusive.

Albion now have a week off before the trip to unbeaten Cinderford. The challenge is certainly there but, as JFK said, it’s a challenge the Ocean City’s finest are willing to undertake, overcome and win! 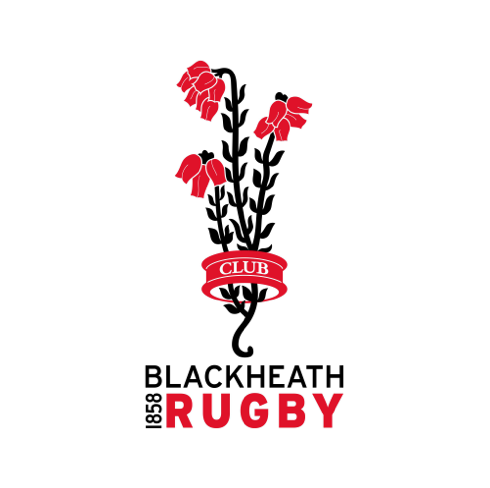 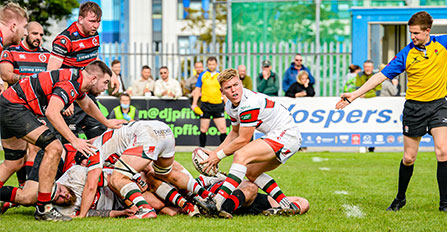