It’s a new year at Brickfields

For the first time in 2023, it is time for Albion to take to the Brickfields as we face off against Cinderford.

It was a tough beat against the men from Gloucestershire in September, as it was last week when we travelled to Manchester to face Sale.

A tremendous first half comeback was eventually undone by the promotion favourites, who provided a display befitting of champions elect in National League One.

However, last week’s cruel loss was far from a deviation from the positive path Ryan Lamb’s men are on this season, and a lot of the goings on in and around the club have helped us move very much in the right direction.

The advancements off the pitch in 2022 also informed a seismic shift on it. We have already won seven games this season compared with nine in the entirety of last campaign, so we head into 2023 with bags of optimism.

That was only enforced at Sale, so what can the home crowd expect for this calendar year? We will get a glimpse of that this weekend against a Cinderford side who are fifth in the division – exactly where they finished last year.

All but three of their wins this campaign have arrived at home, and having taken five of our seven at the Brickfields, getting 2023 off to a good start and starting to bridge the gap to the top five is very much on the agenda.

This is a Cinderford side that can and will cause problems though, evidenced by their impressive late show last year as they ran out 41-28 years despite a great effort from Albion.

Three hours down the M5 and the A38 brings you down to Madden Road brings you from Gloucestershire to Devon. There may be an opportunity to travel down on a supporters’ bus, but please contact Cinderford through their official channels for more information on that.

Rain is more likely than not on Saturday, but mild temperatures will make for a glorious day in comparison to some of the wet afternoons we’ve experienced this season.

Lamby makes two changes ahead of this weekend as Henry Clement comes in for Seta Raumakita, who misses out on the encounter.

Hayden King makes his first start since his temporary arrival from the Cornish Pirates, while Kye Beasley moves to the bench.

Ramaz Rukhadze re-takes his place at left prop but, other than that, the side is almost identical to the one that pushed Sale all the way last week. 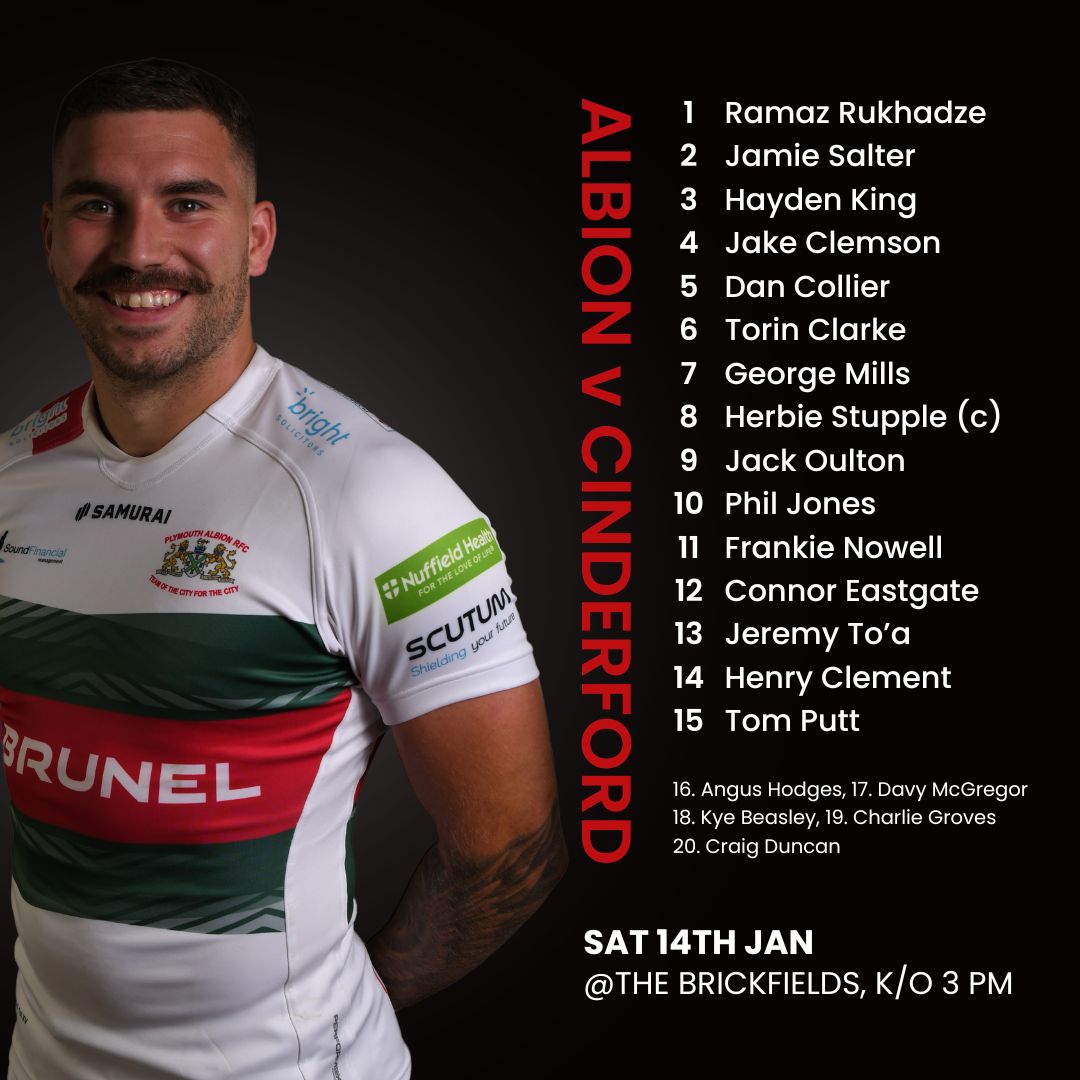