Former player to head up the community team… 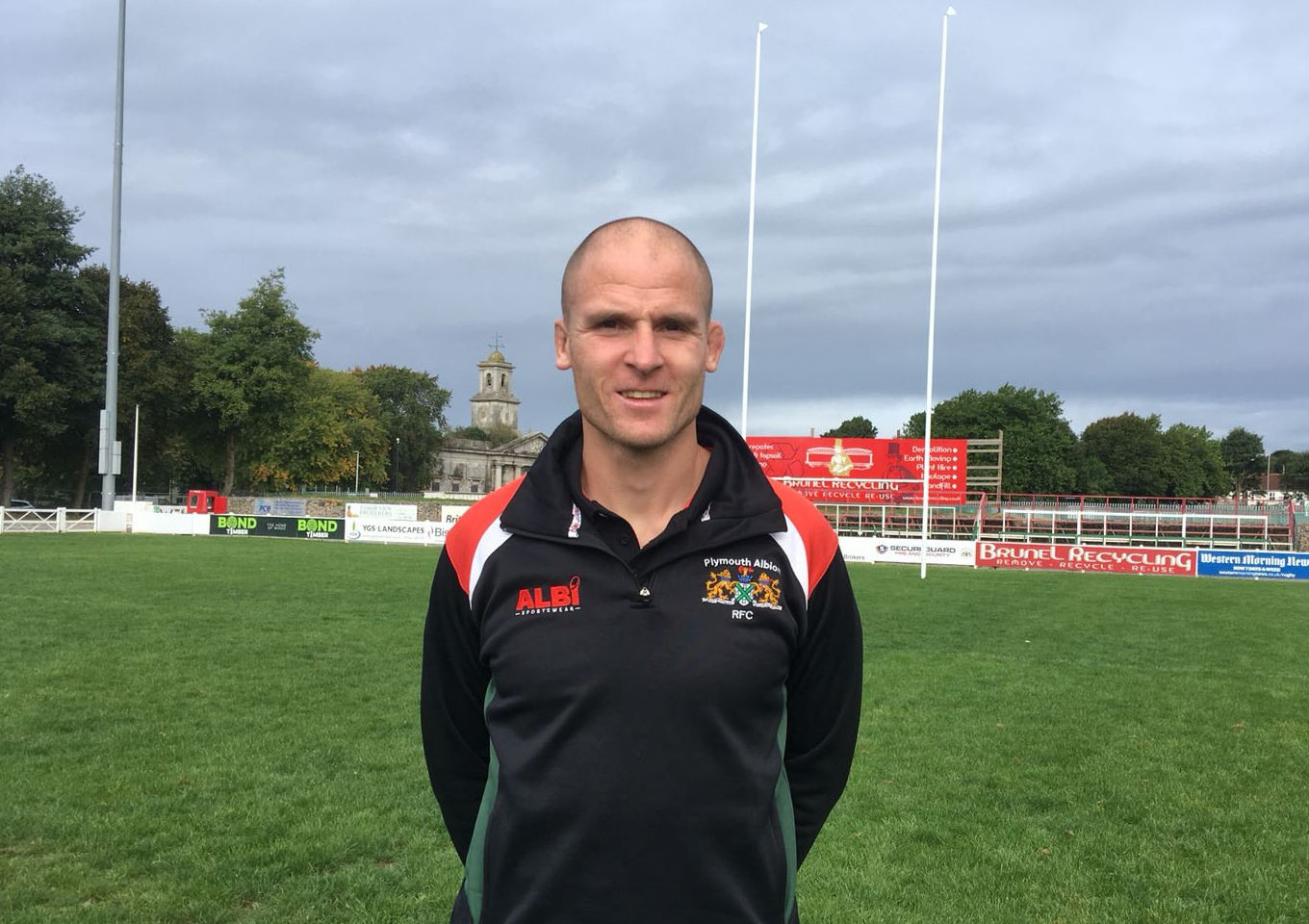 Former Plymouth Albion lock Mike Lewis has returned to the club where he spent eight years as a player to push the community team forward as Albion eye up promotion this season.

Knee injury forced Mike to retire from rugby when he was 24 and he moved into rugby coaching, spending the past five years in the RFU’s community department in West Devon.

Having taken redundancy from his RFU role, he joins Albion to strengthen their community offering in local schools and clubs and in generating support from the fans at the Brickfields ground.

“It’s about linking up with the community in different areas of the city,” says Mike, 33, who was born in Taunton and grew up in Plymouth. “We are keen to work with other rugby clubs and schools and get people playing rugby, but we also want to give the club a good name, generating a good feeling about Albion around the city.

“People come to watch the game, but there is also a social aspect, and community engagement is imporatant. Rugby is a great sport which is the reason why we want to take it into schools and clubs, promoting its core values. It is about the game and being healthy, but it’s also about team work, respect, enjoyment and sportsmanship.

“Getting involved in the game is vital, whether it’s playing or watching,” says Mike. “It’s a very family friendly game. We have girls rugby teams and walking rugby for people who are 50-60 years old. And we want to try and get more people watching the games with activities for fans.”

Mike started playing rugby for Devonport Services when he was 14 and still coaches the first team at the club. He signed for Plymouth Albion when he was 16 and played for eight years until retiring. While working for the RFU he was involved in the England Rugby Inner Warrior campaign to encourage women’s involvement in the game.

Alongside his role for Albion, Mike will continue coaching several teams at Devonport Services where hard work was rewarded with promotion last season.

He’s looking forward to contributing to Albion success. “There’s a lot going on in rugby with 12 or 13 clubs in Plymouth all doing really well. It’s a really strong time for rugby here.”