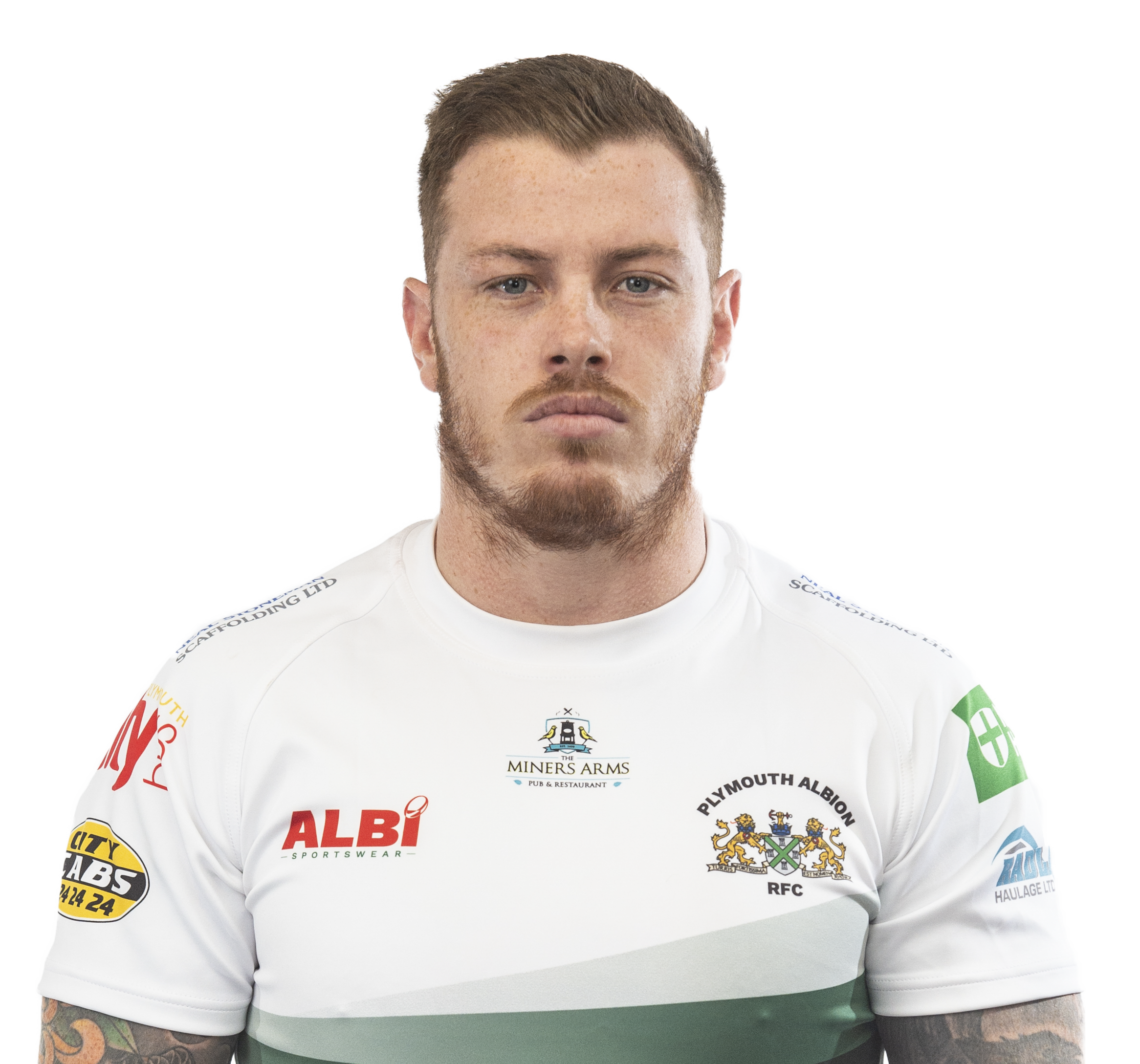 It’s been a sticky couple of seasons at Plymouth Albion for fly half/centre Dan Mugford. The 2017/18 season was marred by injury including rupturing a finger tendon and breaking his arm in the gym, which resulted in surgery.

With the all-clear from his surgeon – and after working during the summer to get match fit – Dan came a cropper in the pre-season friendly against Exeter University last autumn when, just 30 seconds into the game, he was taken off with concussion.

He struggled with injury throughout the past year, so he’s pleased to sign again at the club and is working hard to be ready for the new National One season which starts with the game against Bishop’s Stortford on September 7.

“It’s been a frustrating year and I’ve struggled to get on the field,” says Dan, 27. “I was concussed at the start of the year, then I had a hip injury, and when I came back I got concussed again. I suppose I like to get stuck in and sometimes it’s to my own detriment.

“I have kept up with the training where I can, and I’ve taken a role in helping some of the less-experienced boys progress with their games. I have a good bit of experience and I’m happy to pass that on. It’s great to see them coming on in leaps and bounds and it’s helped me remain at the heart of the squad.

“When I got back to playing last season, I found I really enjoyed it, it put a smile on my face. No-one wants to be injured, we’d rather be on the field playing. My hip injury kept me off the field for a long time and that’s frustrating. I was slightly wary about what would happen this season, so it’s really good to be signed again.

“Now it’s all about getting fit and ready for the pre-season friendlies and making sure I’m firing on all cylinders.”