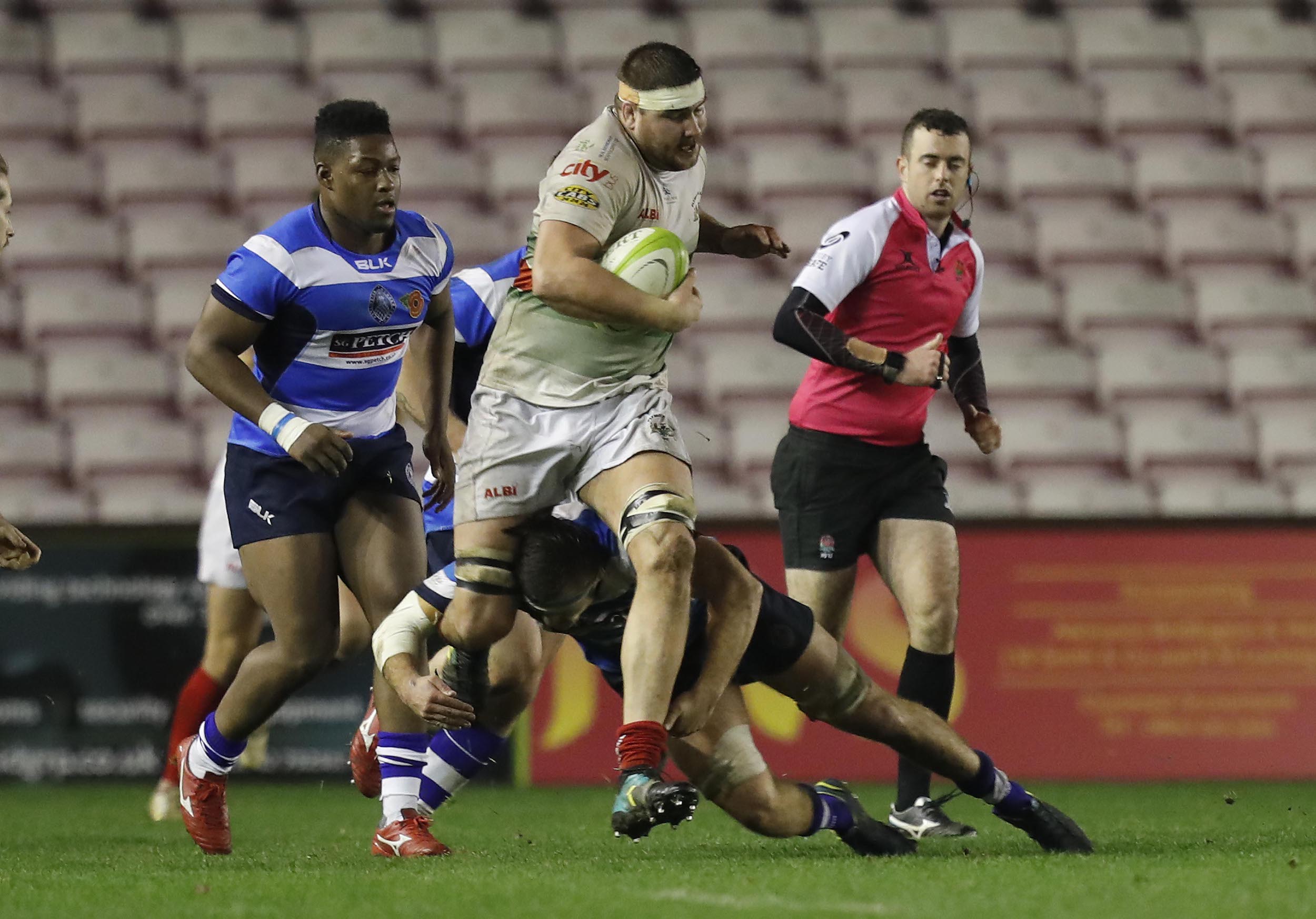 DAN COLLIER SET FOR ANOTHER SEASON AT ALBION…

Dan Collier, who has signed for Plymouth Albion again after four years with the club, is a player with a lot of experience. The 34-year-old played for London Welsh and London Scottish in his teens and was playing championship rugby at the age of 17.

He started playing at the age of eight with a familiar coach – his dad, who turned to rugby after a knee injury put paid to a professional footballing career with Spurs.

“I grew up quite fast and I was quite tall,” says Dan. “By the age of 13 I was so big I was playing under 16s rugby. I was playing for London Scottish when I was 14 or 15 then I signed for London Welsh for about three years.”

After a spell playing in Manchester and in London and Surrey, Dan shook hands with Graham Dawe on a move to Plymouth. There have been the inevitable injuries and, at 34, he’s aware of the need to keep up with the “young whippersnappers.” He says it’s great to be signed again when Albion are on such good form.

“In the last half of the season we only lost two or three games and when we started we were probably the most likely team to go up. I love the club and I love the fans. Plymouth is my home away from home. I absolutely love Plymouth.”

Dan is already looking at a life away from rugby, considering carpentry because he’s always been good with his hands. In the meantime he’s putting all his energies into playing.

“I’m going to keep going until my body goes. I’m going to stay on the field as long as possible. I hope I’ve got three more seasons in me so that I can have had ten years since I first played for Albion. That’s my goal.”

Join us on Saturday 7th Aug for Albion v Redruth

Coach, Damian welch has released details of the pre-season schedule for Albion as they prepare for the National League One kick-off. “With the spectre of...

Explore the pre-season games with Our Head Coach, Damien Welch!

Damian welch has now released details of the pre-season schedule for Albion as they prepare for the National League One kick-off. “With the spectre of...

As part of the ongoing drive to revamp the Brickfields site for the start of the 21/22 season, the club is proud to announce a...