Plymouth Albion bounced back from last week’s narrow defeat at Tonbridge with a dominant 49-22 victory over Darlington Mowden Park at Brickfields in National League One.

Albion overwhelmed their opposition in an inspired display, scoring seven tries to the Sharks four, to lift themselves out of the bottom two in the table.

Head coach Damien Welch was delighted with the performance in front of an appreciative home crowd before a crunch match at home to Leeds Tykes next week.

He said: “Everything we discussed during the week as a group, and the way to play our game, everyone stuck to. We’ve had a few players playing well under the radar and as a collective, if we buy into what we say we’re going to do, we can be a very dangerous side – as today showed.“

Following a minute’s silence to mark the tragic death of Plymouth teenager Bobbi-Anne McLeod, Albion showed their intent from the off, going straight on the attack from the first kick.

Two minutes in they were rewarded with a penalty, with Albion centre Connor Eastgate opting for the posts but missing by inches.

From the Darlington return kick, Albion were again on the press, winning a lineout on the Sharks 22 from which Max Norey drove over the line for the first points of the match. Eastgate missed the conversion from a tight angle out on the left.

The visitors got themselves back in the game on nine minutes with a strong try from their hooker Ralph Appleby to even the score, with the conversion attempt missed by their fly-half Warren Seals.

Great determination in the ruck at the Sharks 22 by Albi second-rower Shek Sheriff regained possession to send scrum-half Cam Setter through for their second try on 14 mins, putting them 10-5 up.

The extra points secured by Eastgate moved them further ahead, before Eastgate pinpointed three consecutive penalties on 14, 18 and 24 minutes, following constant infringements by Mowden Park, stretching Albion’s lead even further to 18-5.

The crowd were chanting for Albion to keep up the pressure and they weren’t disappointed when hooker Norey again drove into the corner from another lineout. Eastgate again added the extra two points for a 25-5 lead.

Darlington just could not find any ground and ill-discipline resulted in their second row Dave Fisher being shown a yellow card and sent to the bin for his 10-minute punishment.

Albion continued to press with the extra number allowing them more freedom of play but there were no further points before the half-time whistle.

Head coach Welch seemed very happy with the first-half effort, applauding his team as they made their way to the changing rooms for a well-deserved break.

Sharks scored a lightning-fast second try on 43 mins from second row Joe Craggs after an engaging maul but again Seals missed the chance to add the extras.

The visitors made some changes but more pressure by Albion saw them again lose discipline and another yellow card on 49 mins, this time for their flanker Freddie Lockwood, sent them a man down.

Another driving try for Norey added five more points, before Albion’s ever reliant No8 Herbie Stupple smashed through on 53 minutes. Eastgate missed both conversions but the score was 35-10 in Albion’s favour.

Mowden Park went a further man down following a deliberate knock-on by their right wing Liam Checksfield  and Albion took advantage with the day’s outstanding player Norey scoring his fourth try in the 63rd minute, this time easily converted by Eastgate .

Mowden Park finally forced their own try from a maul by full-back Paul Jarvis before a tiring Albion scored another on 70 minutes from an exciting run by Shea Cornish, going all the way between the posts from the right wing. Eastgate made the easy conversion, running the score to an impressive 49-15.

There was still time for Albion to see two yellow cards, for Jamie Salter and Dan Collier, and a final converted try for the visitors on 85 minutes by Lockwood.

Albion now move on to next week’s fixture against the side now one place below them with confidence – and expectations – justifiably high. 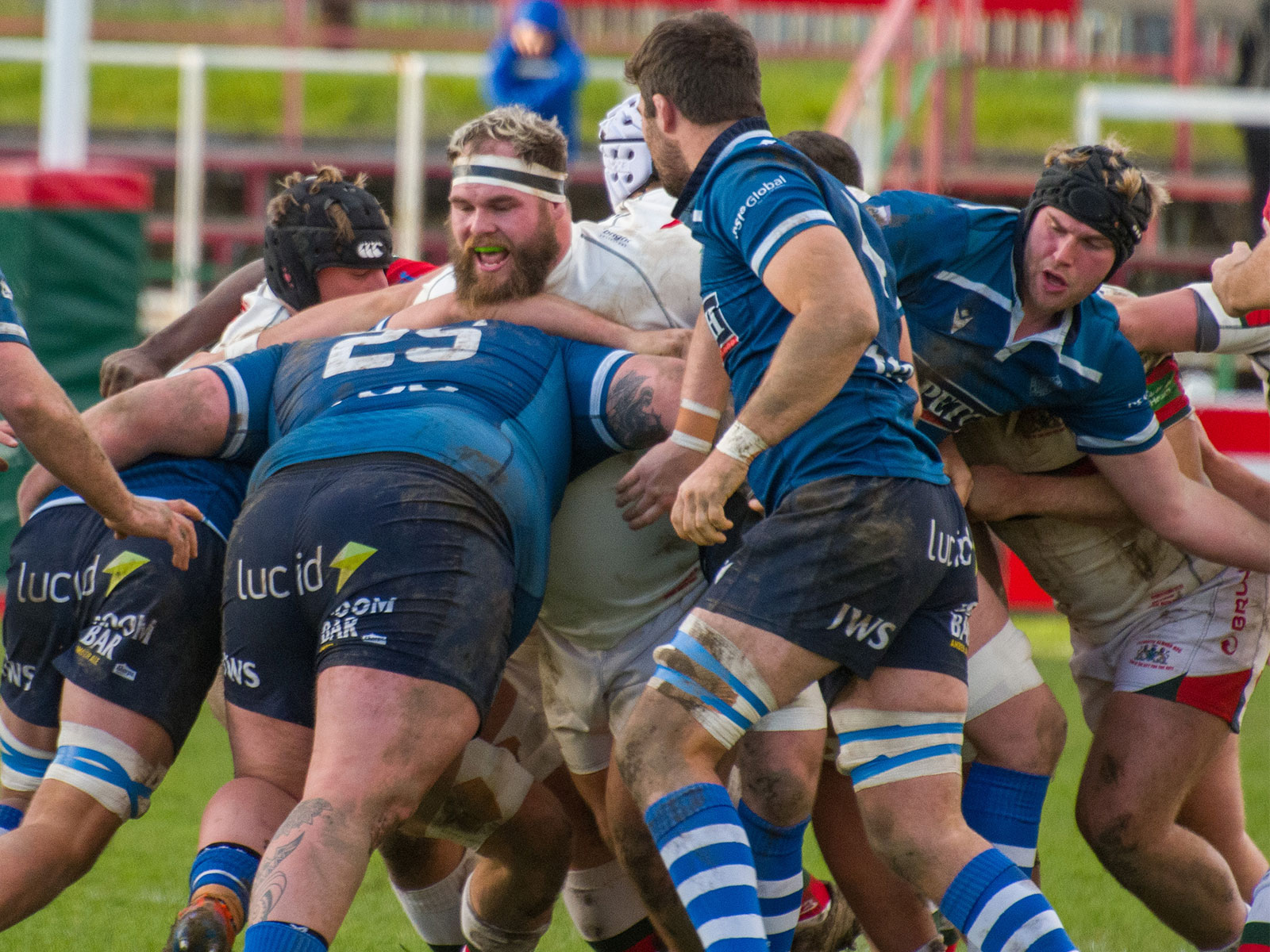 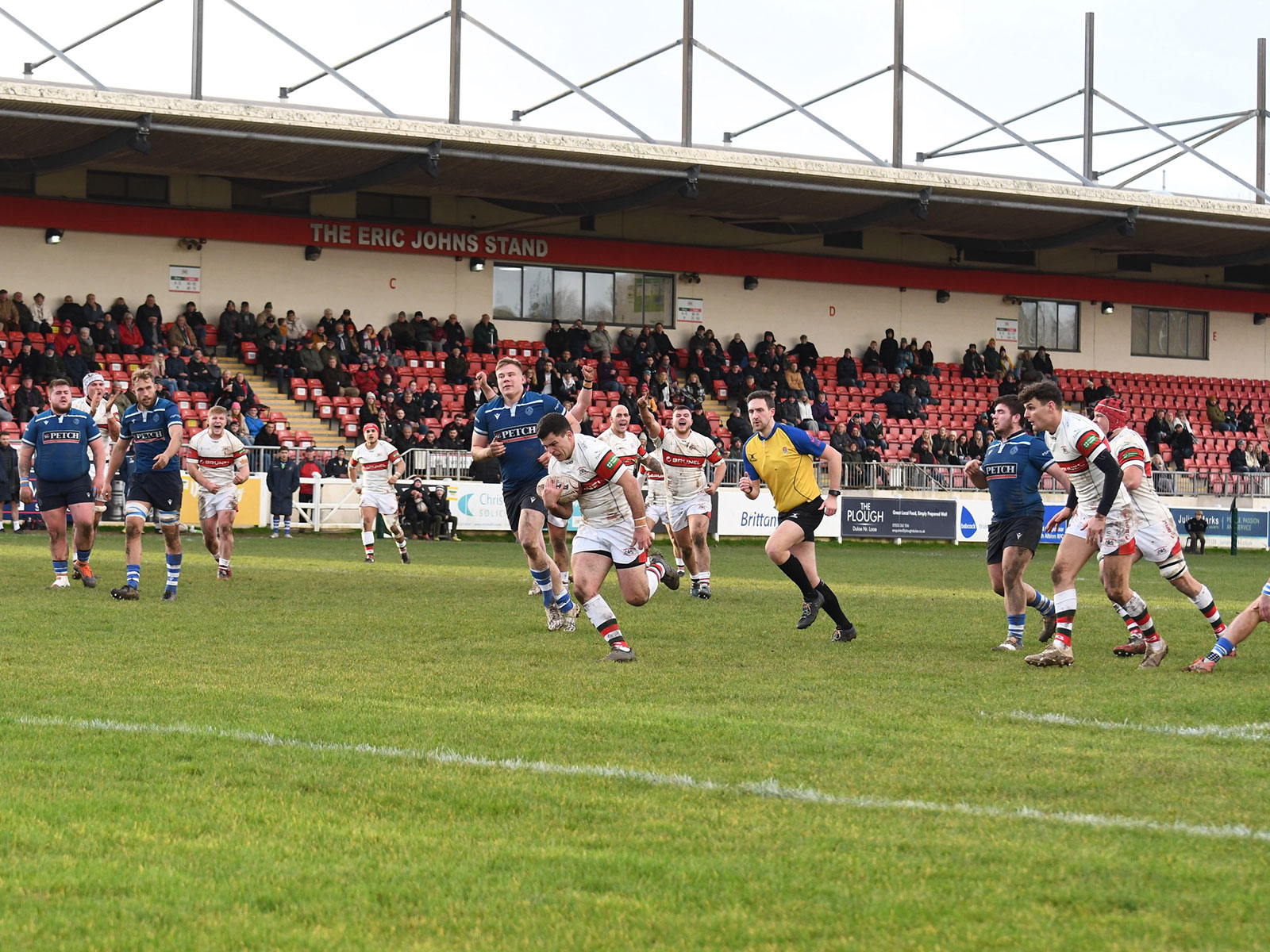 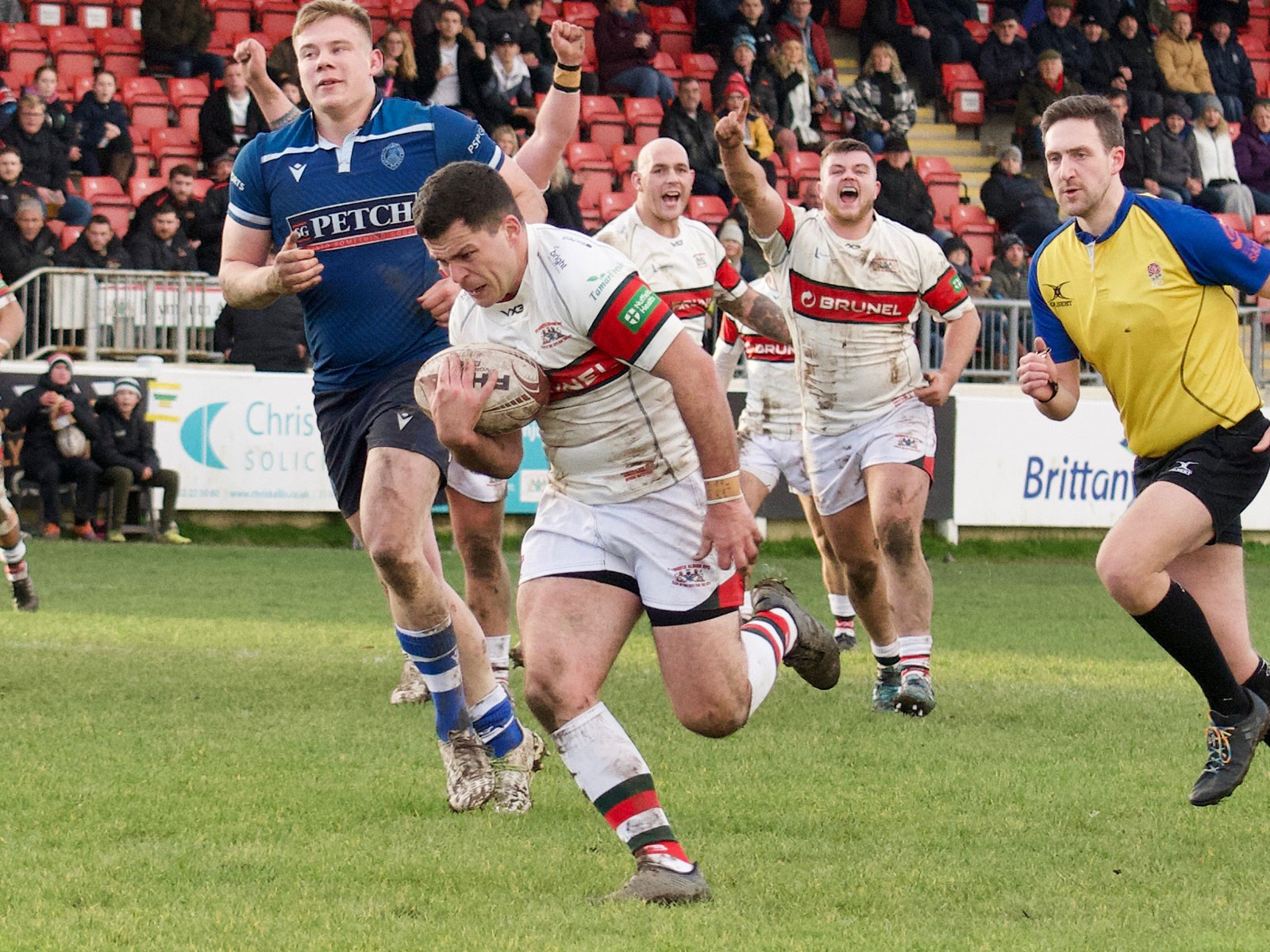 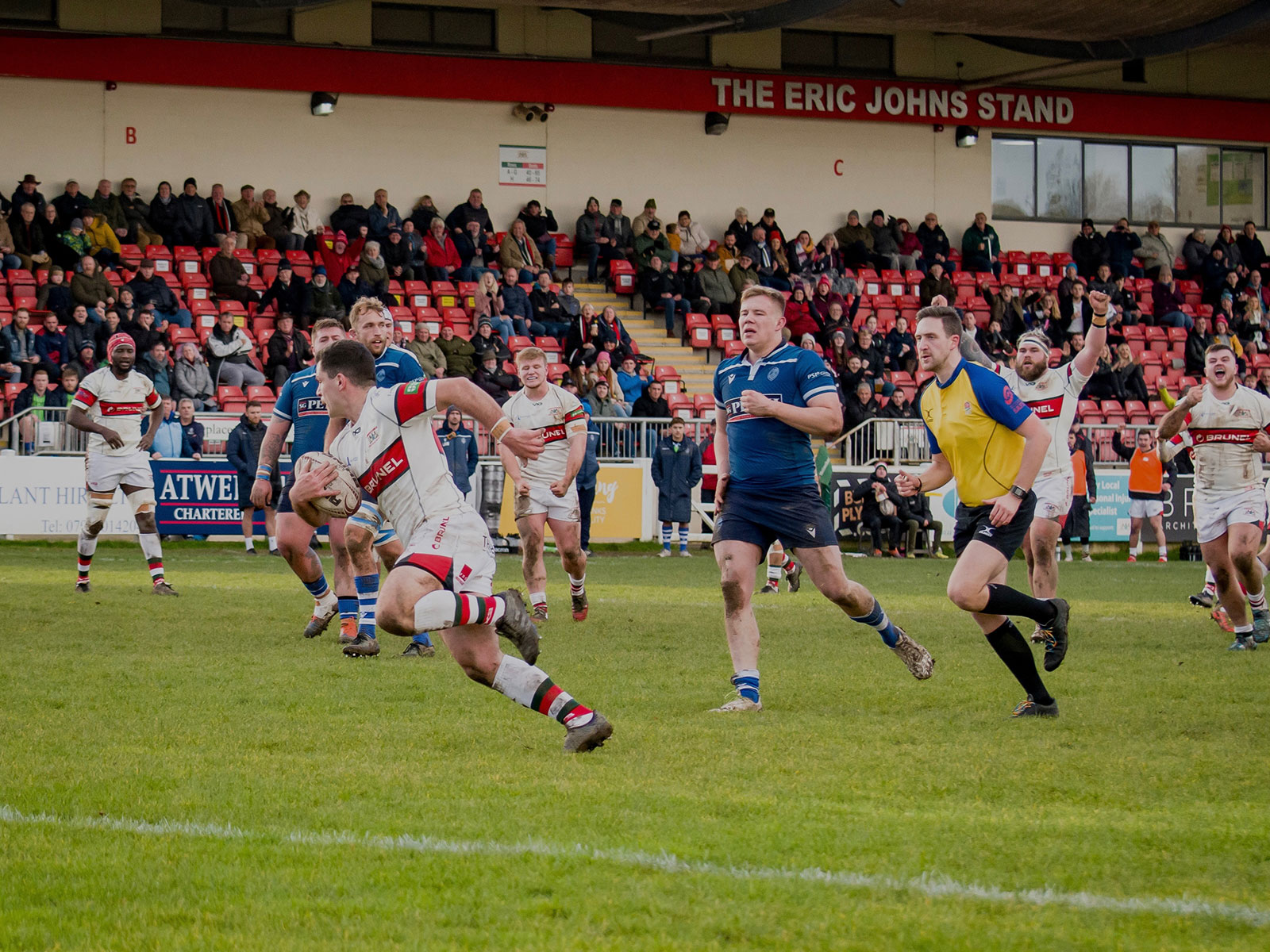 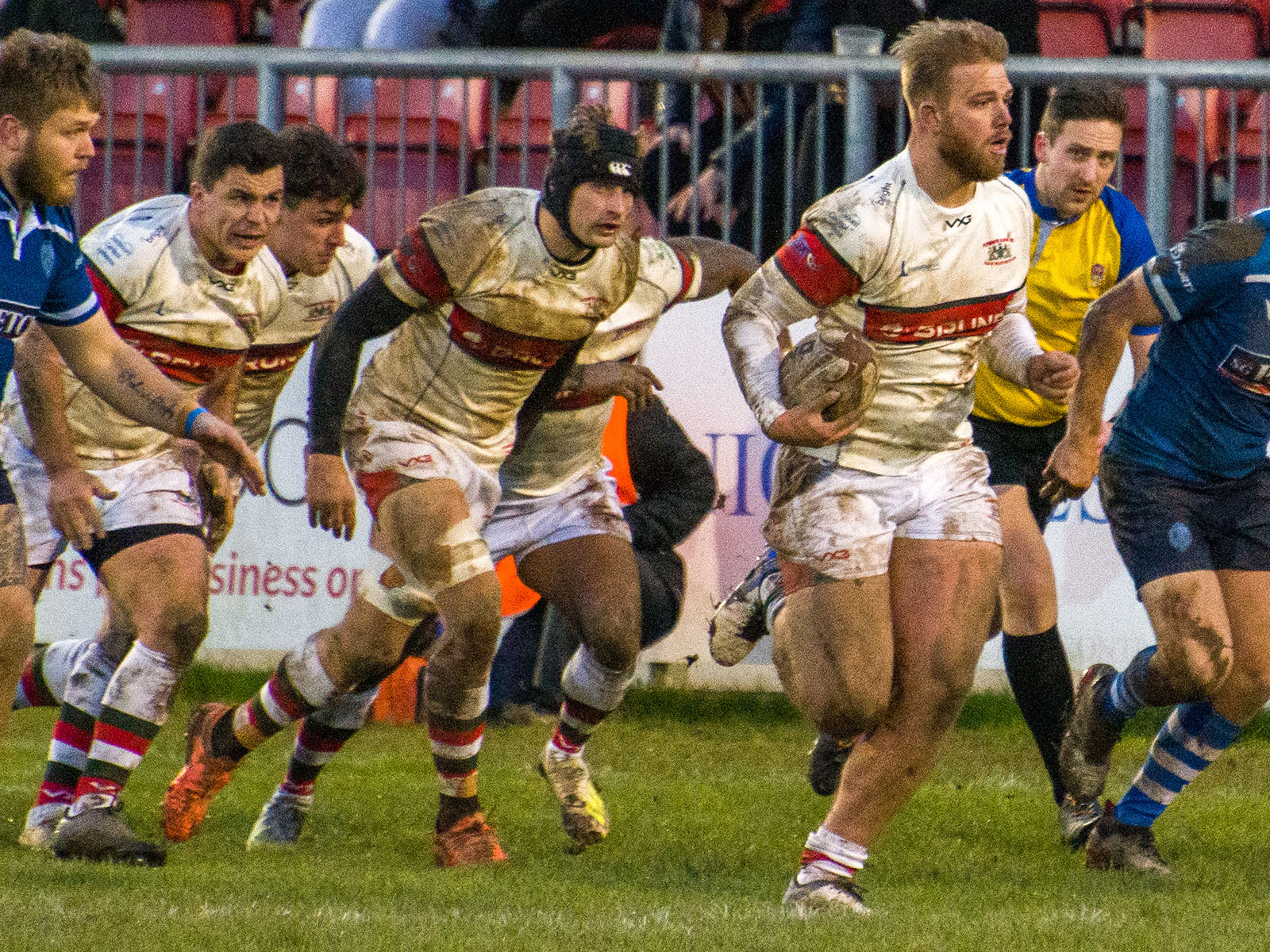