Albion return with a trip to Manchester

A very happy new year to all of our supporters, and it’s about to get even happier. National League Rugby is back!

Following some much-needed time away it is time to get back into the swing of things, and we do so by heading up to Manchester on Saturday.

We face Sale in our 14th game of the season, running back a fixture in which everything seemed to go against us during our defeat at Brickfields earlier in the campaign.

A tough encounter saw the boys in white lose by three points on that particular afternoon, but the score line told far from the entire story, with the promiscuous pendulum ultimately swinging in Sale’s favour.

Nonetheless, this weekend’s hosts have been in fine form since the opening game in September, tasting defeat on just two occasions in their opening 14 games of the season, and they went into Christmas top of the tree.

Most trees will have been taken down by now, and a fired-up Albion squad, who saw off 2022 with a fine win over local rivals Taunton, will look to take Sale down from their perch on Saturday.

While this is the second meeting between these two sides this season, there is a first in that the forwards head into their opening game under the tutelage of Aaron Jarvis, who made 18 Wales appearances during a splendid playing career that also saw him play for Dragons, Ospreys, Bath and Clermont.

As mentioned, the incredibly tight encounter in September saw Sale run out 27-24 winners.

It’s a long old trip of nearly five hours to make it up to Sale, traversing the M5 and the M6, before eventually arriving onto the A56 towards Marsland Road, which will take you to Heywood Road and the home of this weekend’s opponents.

Ryan Lamb makes two personnel changes to the starting 15 this week, with Dan Pullinger and Kyle Speare both missing the trip up north.

Kye Beasley comes into the starting line-up, and is joined by the returning Seta Raumakita, who was forced to withdraw from the Taunton game with illness.

Ramaz Rukhadze moves to three, while Frankie Nowell starts on the left wing.

A massive welcome back to Craig Duncan and Davy McGregor, who both start on the bench, while Hayden King also joins Angus Hodges and Henry Clement in the replacement pool. 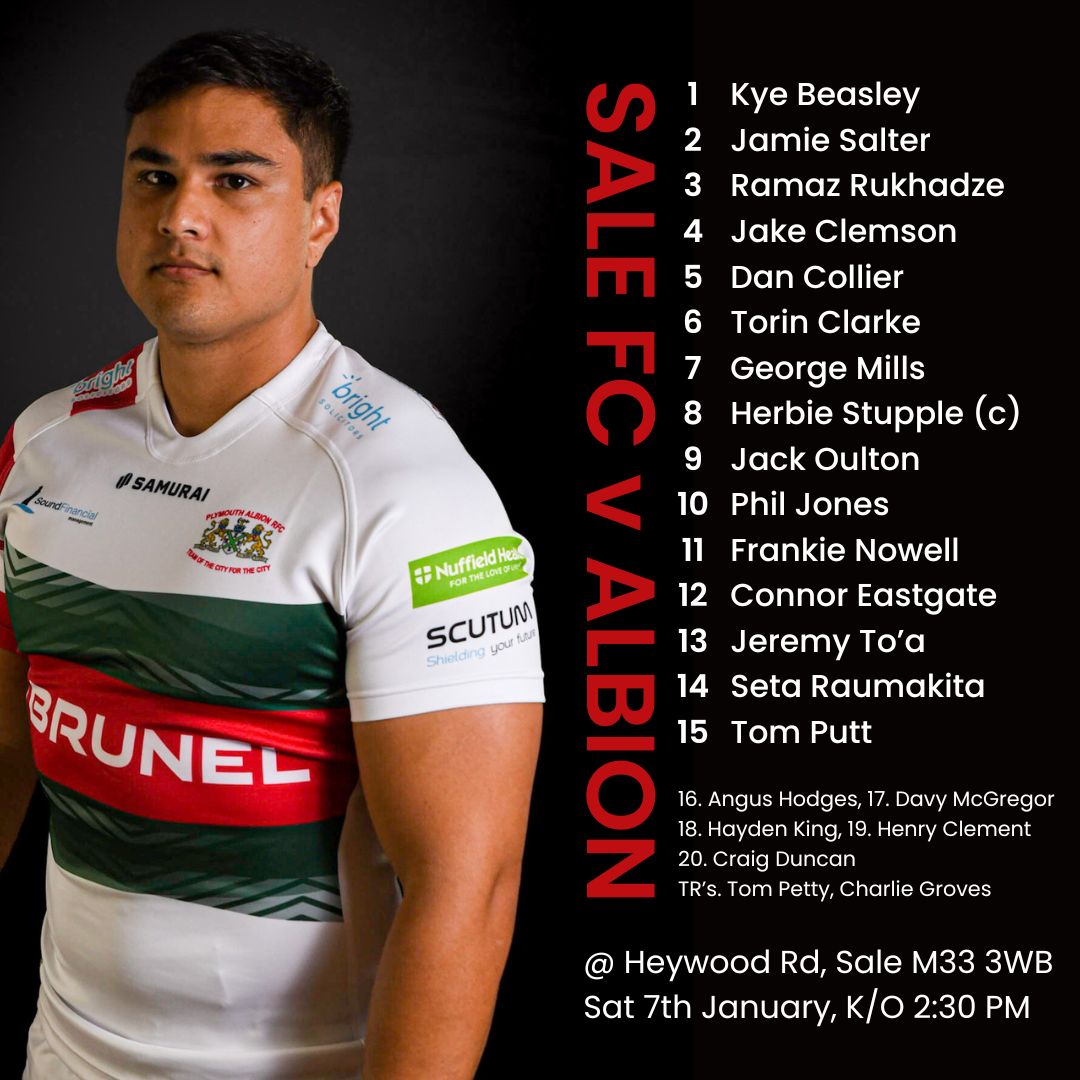