Albion continue their league season at Billesley Common this weekend to they face Birmingham Moseley.

A gargantuan effort from the boys saw them battle for over sixty minutes of last weeks game with only 14 men after George Mills early red card. This didn’t deter them from claiming a famous scalp and denting their third placed visitors title aspirations in a game best described as ‘one for the purists’!

The Georgian Bull, Ramaz Rukhadze scored the only try of the afternoon last Saturday in what was a horrible, wet windy day in Plymouth. Both sides showed a tremendous amount of grit, courage and spirit in such trying conditions but the Ocean City’s finest deservedly took the win.

Switching back to the road this weekend, we face a Moseley side that have won just four of their opening 11 games and are now one of five teams in the national division to draw this season, having finished level with Leeds Tykes last weekend.

All four of the Midlands’ side’s victories have arrived at home this campaign, and with their Billesley faithful support behind them, Albion are under no illusions that this trip will be just as treacherous and arduous as any.

Selection wise, it is very much ‘as you were’ aside from the return of Angus Hodges to the starting XV following Mills one week suspension, Welsh tough man Bryn Edwards comes back onto the bench. He is joined by Frankie Nowell who returns after a run for Exeter Chiefs last weekend.

With two games against lowly Leeds Tykes and Taunton Titans at the Brickfields to follow, this game has massive importance for Albion in establishing a top four spot come the league halfway point.

Albion took a 34-12 win at Brickfields last October, before Moseley returned the favour, coming out 45-28 victors at Billesley Common.

Three-and-a-half hours up the M5 and the A435 will take you up to Birmingham on Saturday. Spaces remain on the supporters’ coach heading up, just email albitravel@gmail.com for more details!

Chances of rain are very low in Birmingham on Saturday, but temperatures are forecast at six Degrees Celsius, so please wear something warm!

If you can’t make the trip north make sure you join us at home during December. 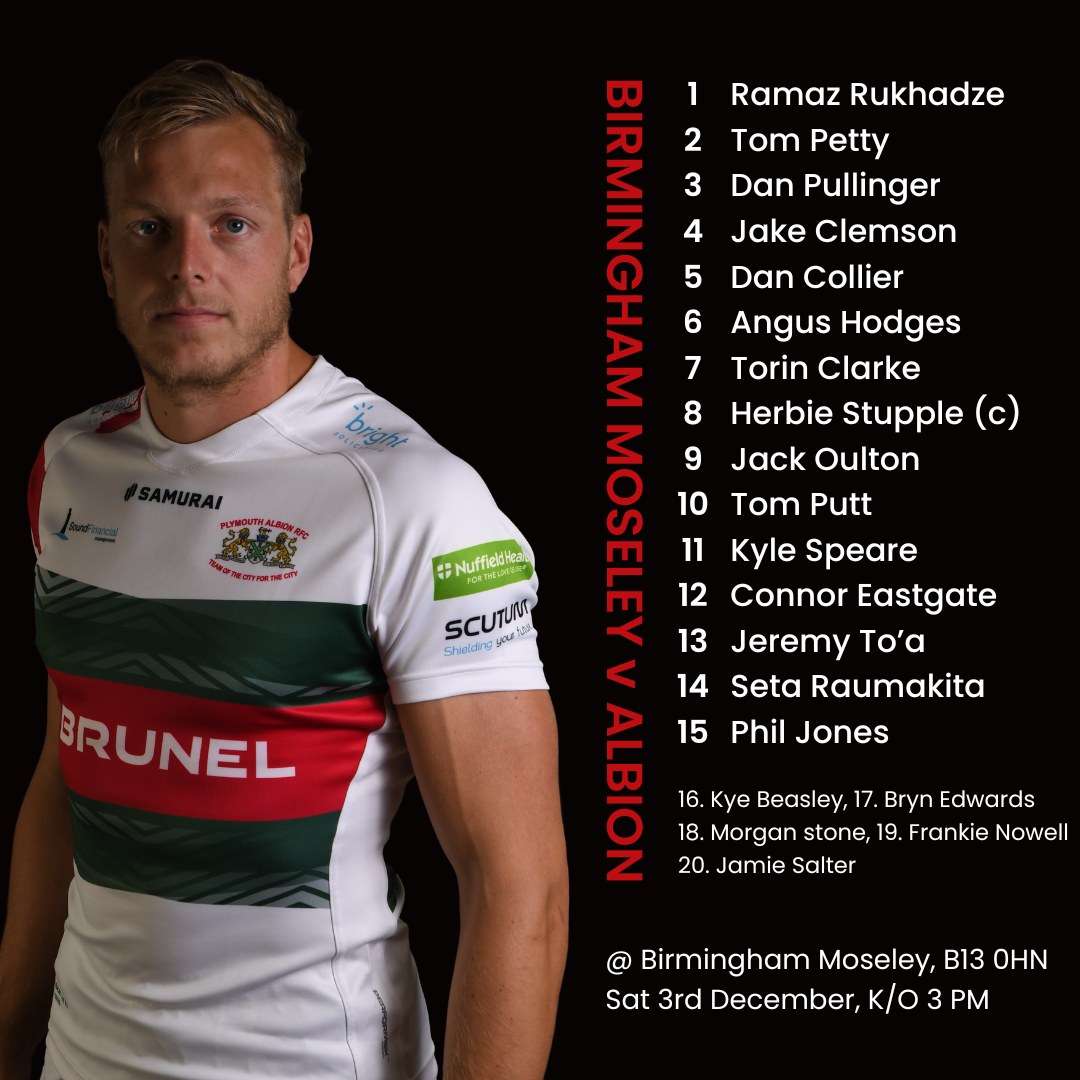