Where are they now?

This column I have been really excited to write, as a couple of weeks ago, a well-known Ex Albion Player got in touch with me and it got me thinking of doing a column on ‘Where are they now’. So this week I will be discussing 3 players from the era 2003-2005, Lee Robinson, Gareth ‘Gaz’ Evans and my personal favourite, Brian Venables.

I’ll kick it off (excuse the pun) with Lee Robinson, or more commonly known as ‘Dolph’.

Lee joined Plymouth Albion in the 2003/04 season after a short stint playing for our second team, the Warriors. He was soon to be an integral part of the first team for two seasons back when we were in the Championship – those were the days!

Brickfields was the first place that Lee picked up a ball professionally and has had a special place in his heart ever since (you never forget your first!). He told me how grateful he was to all the backroom staff for everything they did for him, including the legend that is, Graham Dawe. Making a lasting impression on him, pushing him to play for Bristol after moving on from Albion.

When speaking to him, he explained that some of his fondest memories were the socials they used to have in the old changing rooms (what is known as the bunker). One particular one stuck in his memory is when all the players dressed as WWF wrestling heroes. Lee was Hulk Hogan and they even had a special appearance from our very own Patrick Swayze (10 points for guessing who may have come as him!).

Lee now runs his own removal and storage business back in his home county of Leicestershire. Here he uses valuable lessons learnt from his rugby career such as working in teams and of course good craic. You can check his business out on www.leicestermoversandstorers.co.uk.

Gaz (Evans) joined us when he was drafted to 3 Commando Brigade and was based in RM Stonehouse during the 2004/05 season. Most of you won’t know that Gaz was actually a winger by trade before he joined Albion, but after gaining weight during a tour to Afghanistan, Dawesy took one look at him and placed him on the bench as front row cover, never to see the wings again!

His first game was against Plymouth Albion at Brickfields, playing for the Royal Navy.

As a Royal Marine, he was taught, ‘It’s only cheating if you get caught’ and as he was friends with both sides a ‘Gentleman’s Agreement’ was in play. Now I have no idea what Gaz was talking about, but he soon explained that, in short, “You’ll both come off the pitch looking like propping legends as you just don’t push against each other in the scrums, 90% facial grimace for the coaches, 10% actual effort!”. Who knew?!

After “strutting round like a peacock for a few weeks believing I was a propping legend”, Dawesy asked if he’d have a stab at tighthead in a midweek game against Exeter ‘A’ at Exeter.

Gaz recalled the scene for me “I was set to play another blinder, I would be opposing someone I knew, Ex Albion Player and coach, Dan Parkes, so I thought this is perfect for another win/win, gentleman’s agreement. The thing about Dan is he can be a bit of an **** (I’ll leave you to insert the description) at times, but he is a good and very experienced prop compared to myself (all the gear, with no idea!).

I remember the backs knocking the ball on (as they always do) and I’ve confidently sauntered up for the first scum and winked at Dan. Now Dan, instead of winking back, turned and started aggressively slapping his second row and flanker while shouting and demanding maximum power and not to be lazy. At this point, I’m thinking he’s either a really good actor, or he’s literally about to have my pants down! It was the latter, he hit that first scrum so hard I did a somersault!”

Gaz is still currently in the Royal Marines and working at 42 Commando, Bickleigh, however, once his service contract ends in 3 years, he is planning to start a new career as a Commercial Diver – good luck Gaz!

Alongside all of this, he is helping Chris (Bentley) organise the first official rugby match back at Brickfields since Lockdown 1.0.

On the 10th July 2021 where we are hosting the Welsh Charity Vets Vs Armed Forces Legends match and you can get your tickets on our website now www.plymouthalbion.com. This is proving to be a popular event, so make sure you don’t miss out!!

Now, lastly, we have Brian Venables, who incidentally is my eldest brother and therefore I am slightly biased. Brian played with Lee and Gaz for the Warriors and firsts and (so I am told) held some pretty wild parties at his flat on the Barbican, but that is just about all I can send to print!

Although Brian loved the game, the demands of the family businesses soon took over, leaving little room for training and playing matches.

In 2020, Brian bought Brunel Recycling off our Dad, Dave Venables, and now runs the hugely successful business along with this wife, Nadine. Brunel is your ‘one-stop-shop for construction’ and can help with anything from demolition to concrete, so do get in touch for any requirements info@wearebrunel.com.

I absolutely loved talking to Gaz and Lee about their experiences at Albion, and if any other ex-players would like to get in contact with me I would love to hear from you! Please email me at eleanor@plymouthalbion.com. Until then stay Safe! Ellie. 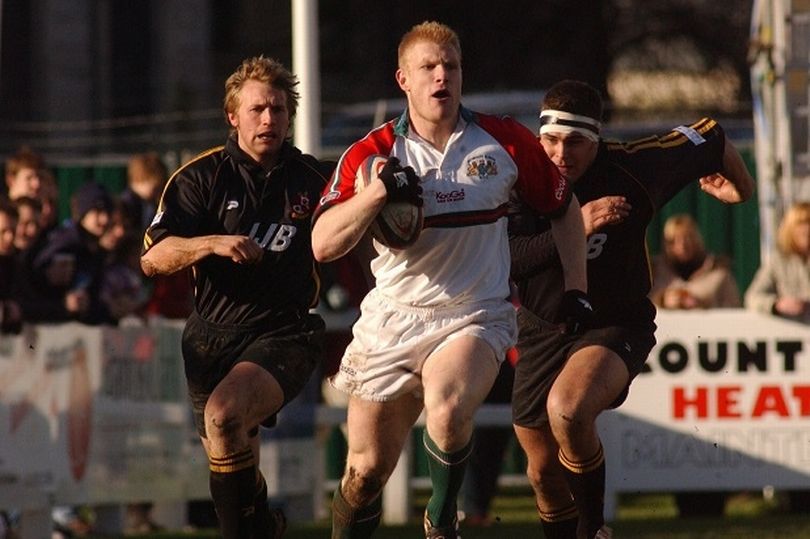 Report by Rob Kershaw / Photography by Peter Sheridan Plymouth Albion put nine tries past a sorry Leeds on Saturday afternoon as they hiked up...